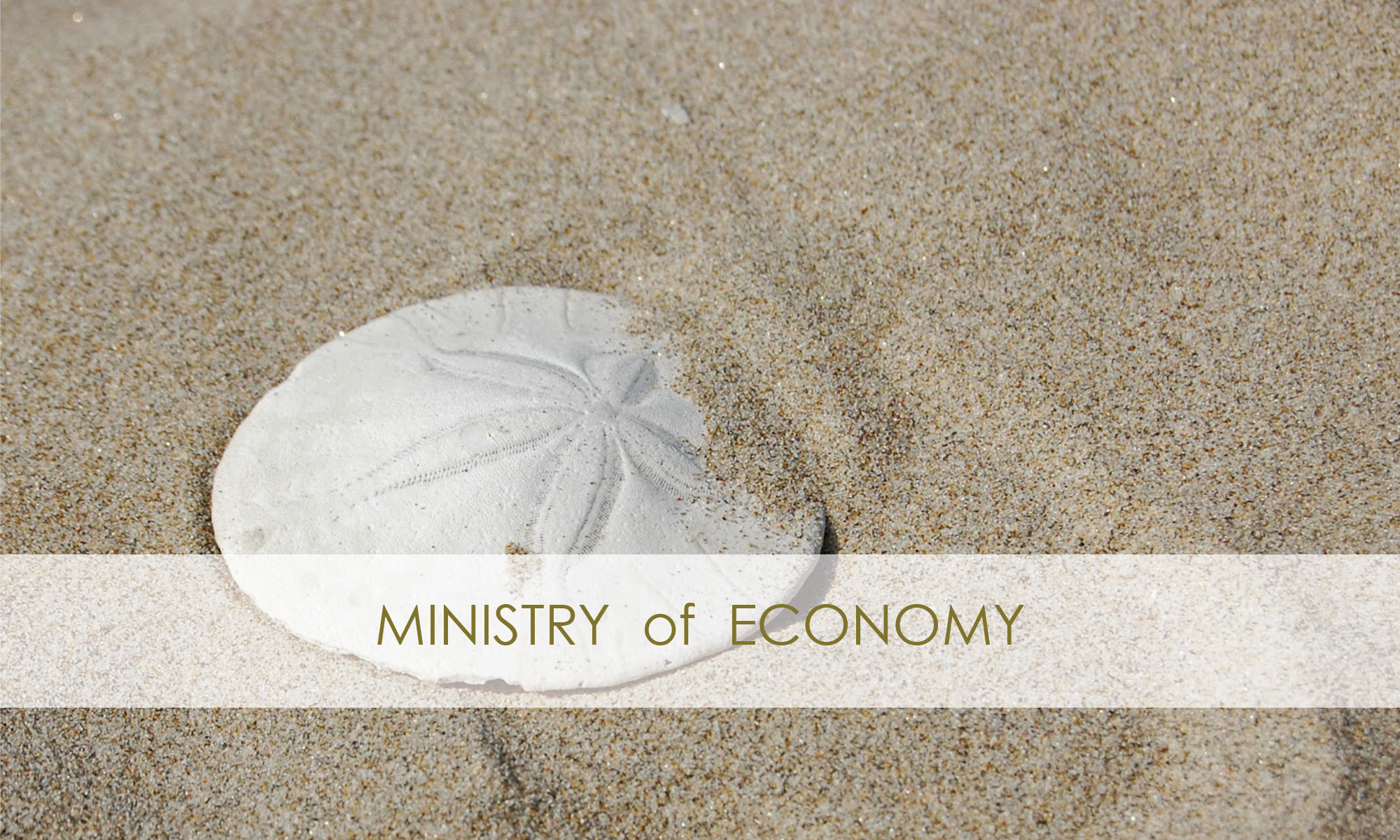 Acadia has an economy balanced by an internal and external currency. Maritimers will use the Canadian dollar to participate in the International market and for travel. Internally they will use a complimentary currency, a virtual credit system for local transactions. This provincial credit system is rooted in the principles of a resource based economy.

The economy is managed by a council of seven members. This group represents the seven branches responsible for the stability and health of the economy.

Joseph Stiglitz: The Great Divide
Naomi Klein: This Changes Everything
Robert Reich: The Rise of the Anti-Establishment
Thomas Piketty: Is Increasing Inequality Inevitable?

The City of Acadia functions with two currencies, the sand dollar and the Canadian dollar. It is the responsibility of the Bank of Acadia to manage this dynamic with a focus on SPI (social progress index) not GDP (gross domestic product) as its measure of a healthy economy.

The sand dollar is a virtual currency that is not traded on any market. It is a resource based micro economy that is guided by the Earth Accord. Resource revenues are used to fund the local systems and infrastructure. The sand dollar also ensures the movement of local trade and services. without disruption from activity in the global markets.

Acadia also uses the Canadian dollar allowing it to participate in the global market. This participation is also coupled with responsibility to creating a fair international trading system.

This member of the Ministry is the liaison between The Bank of Acadia and the Bank of Canada.

The Maritime Trading Co. is responsible for International Trade. It follows green routes. Green routes are a means to move goods international with zero fossil fuel use to ports built under the regulations outlined the earth Accord. It also adheres to principals rooted  in fair and transparent trade.

The unions represent all workers of Acadia. All Businesses and Companies are union owned and use holacracy as a model of governance.

We need to understand Poverty.This council focuses on the research and study of the global economy. It is tasked with creating policies for a fair and transparent capitalist system. It is also focused on help developing countries. It is not a short term handout nor an economic usurp. It seeks ways in empowering people with the tools to succeed and strive for a better life as outlined by SPI (social progress index)

This is currently being worked on and will be completed in the near future.

This is currently being worked on and will be completed in the near future.